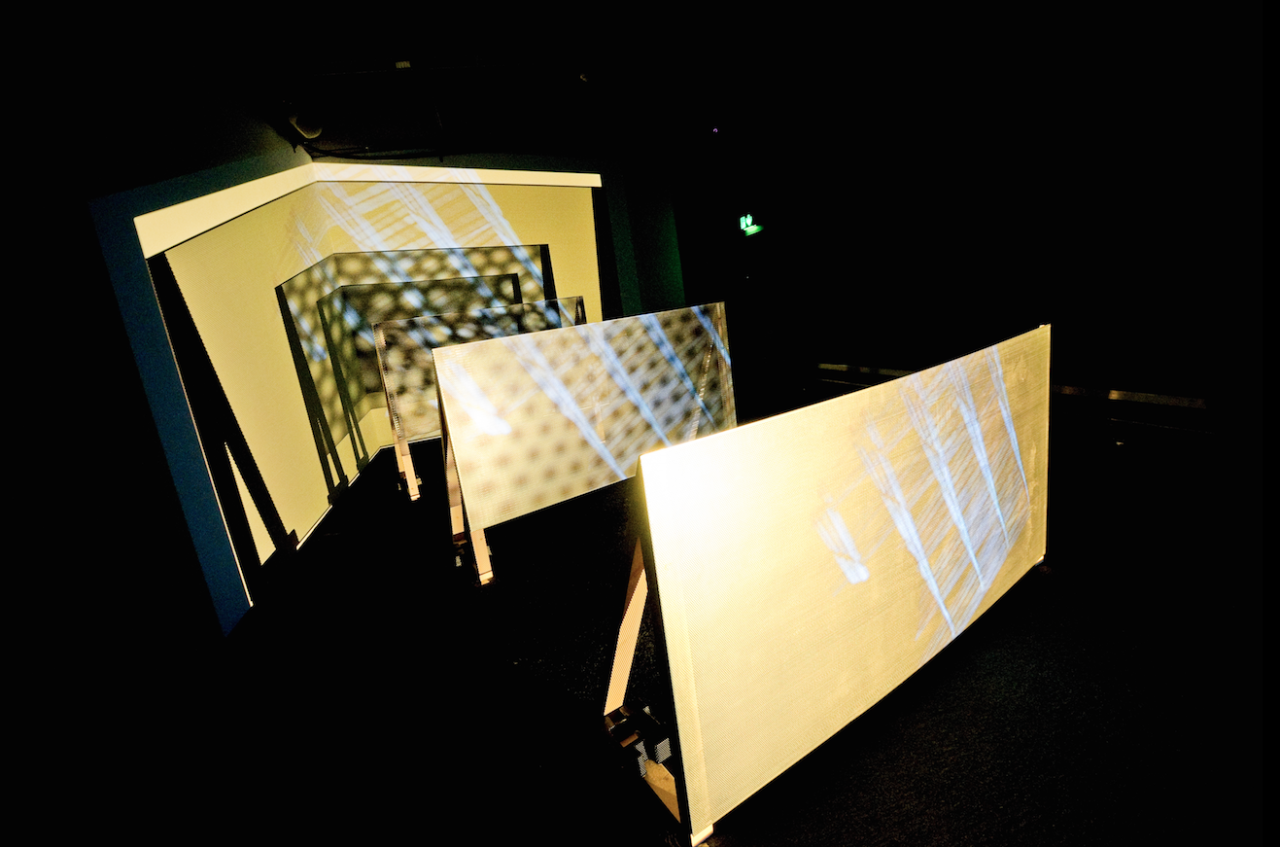 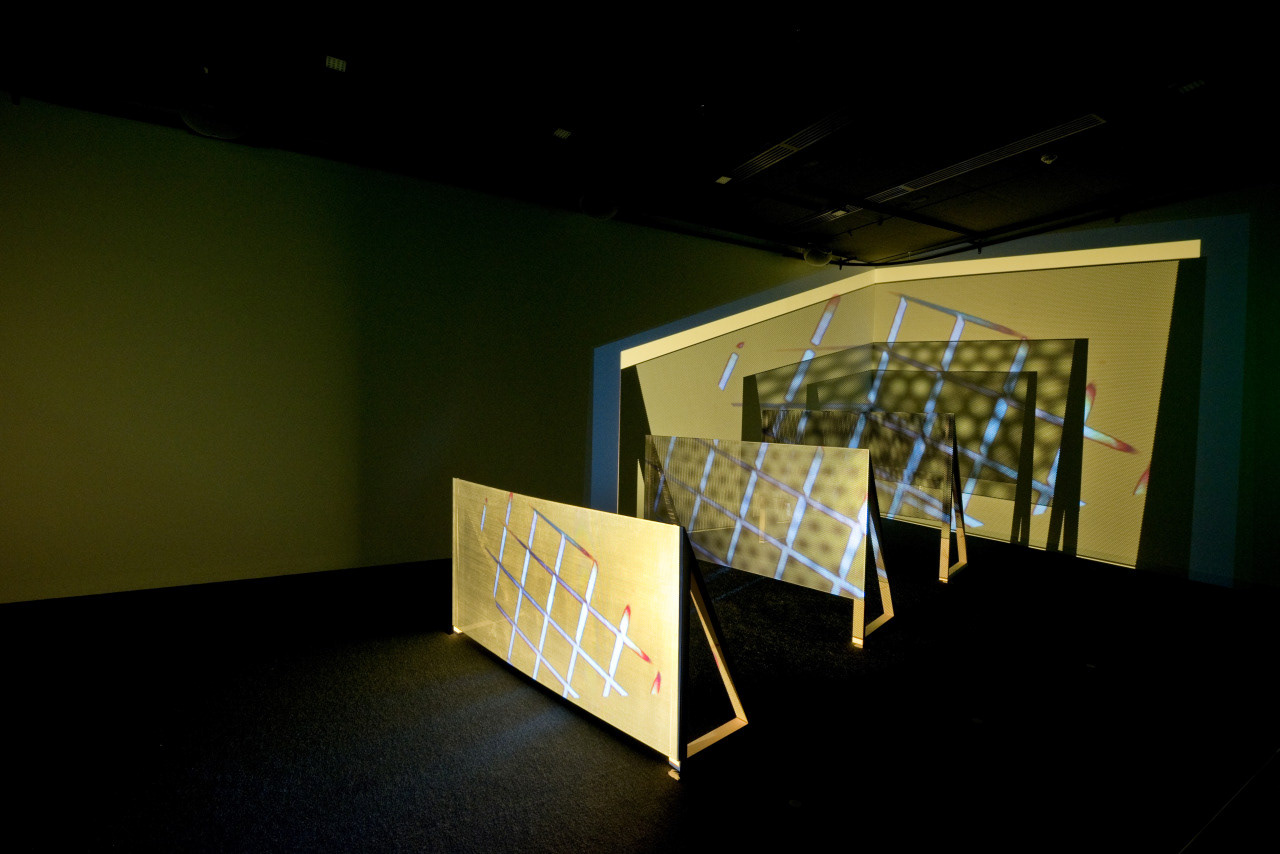 The Moon and Sixpence
In 2015 Mani Kambo and Hope Stebbing were awarded Tyneside Cinema’s second graduate artist residency in partnership with Northumbria University. During their time with us they have created a work which brings together their individual practices in sculpture and moving image.

The Moon And Sixpence combines film and sculpture to articulate their mutual interest in space and the urban environment. The work is focused on the object of the screen and the process of projected images. The screen is formed of perforated metal which is used as an emblem of decay and regeneration. The projected images are created through layering textures and materials of industrial and regeneration sites visited whilst on residency.

Kambo and Stebbing play with the ’idea’ of cinema and experiment with the relationship between the projector and the screen. Referring to the relatively recent decline of 35mm film to digital formats and its effect on the cinematic experience from an object, (the roll of film) and physical experience (projection), to a more fleeting moment of inconceivable data (digital files). The installation of sculpture and film investigates this relationship and highlights the tension between screen and film.
October 2015 - January 2016 Graduate Artists in Residence at Tyneside Cinema with Hope Stebbing, in partnership with Northumbria University
https://vimeo.com/163567389 - Artist in Residence video by Northern Film Stars
https://www.tynesidecinema.co.uk/whats-on/art/artists-in-residence-northumbria-2015 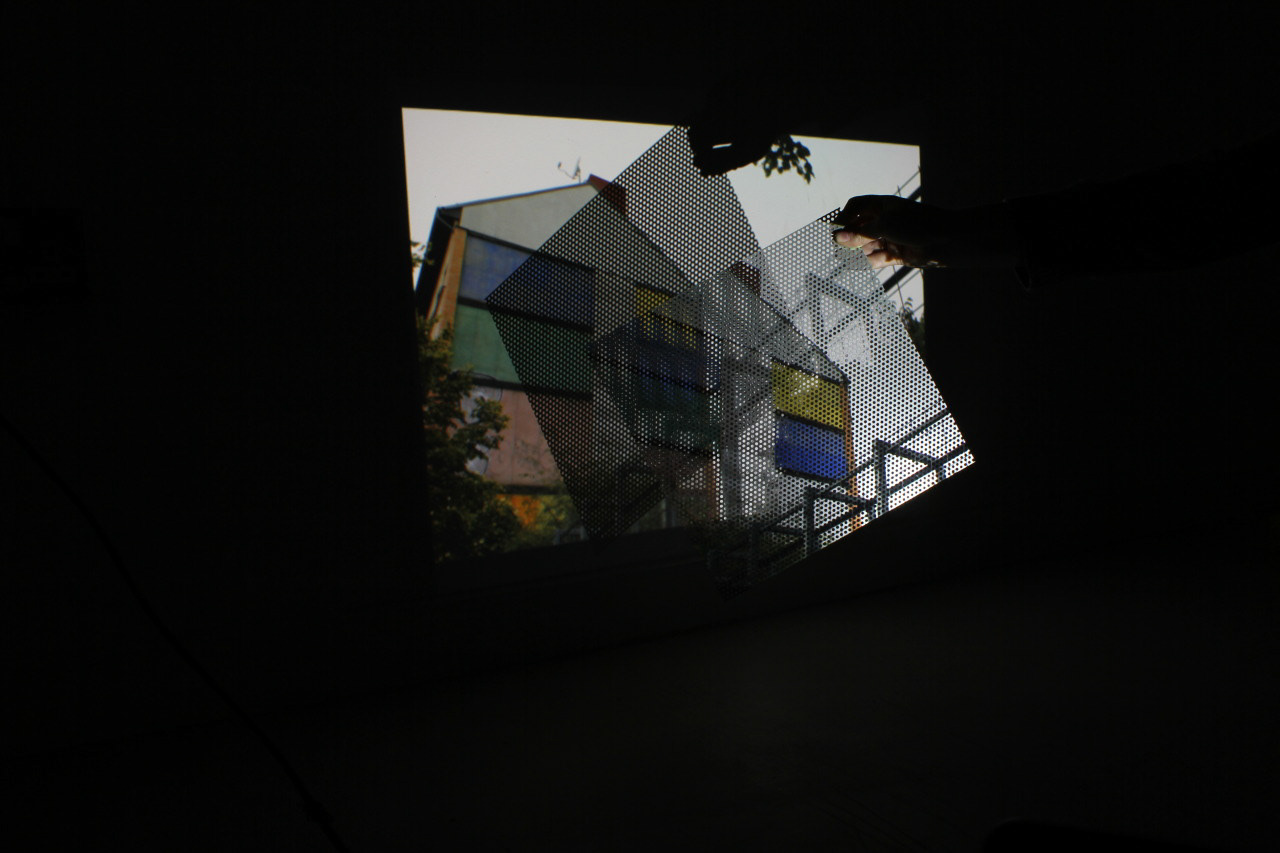 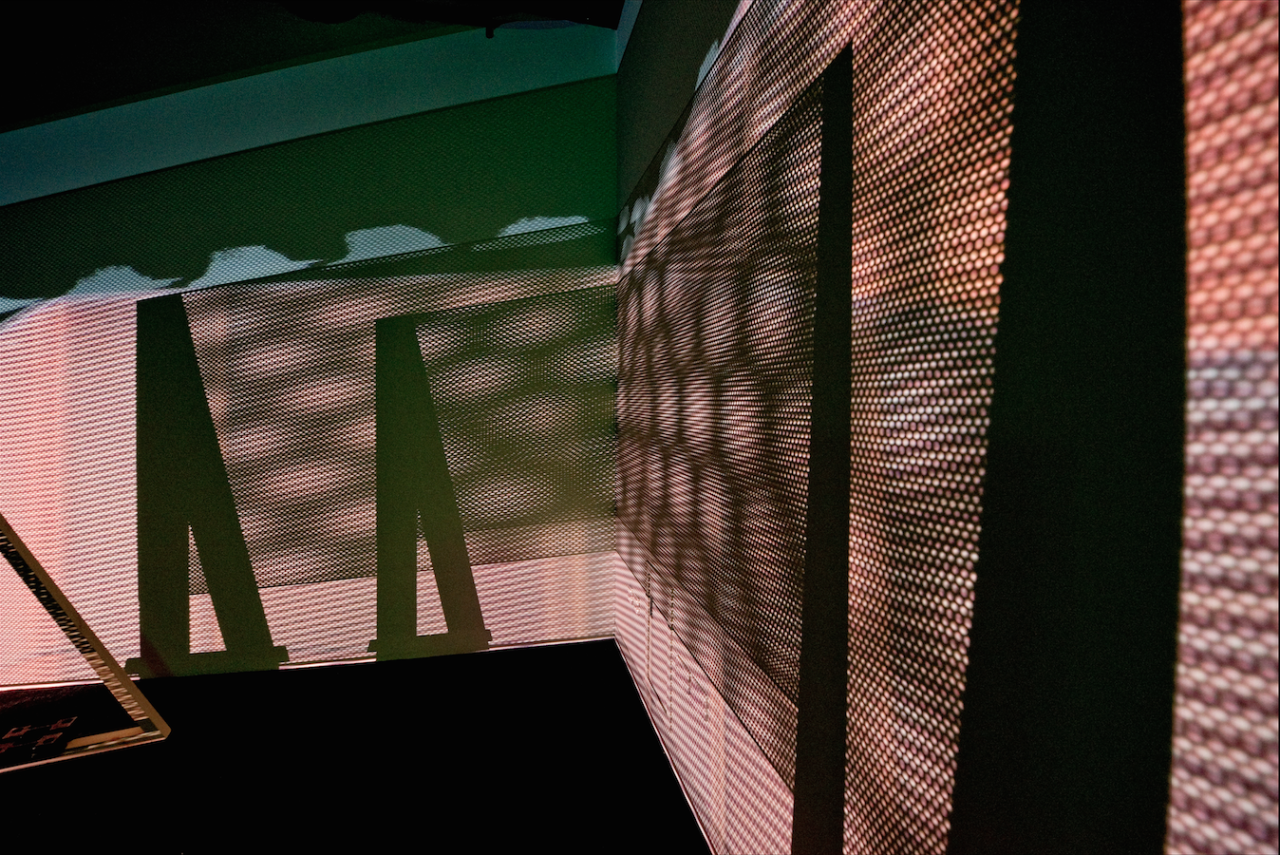 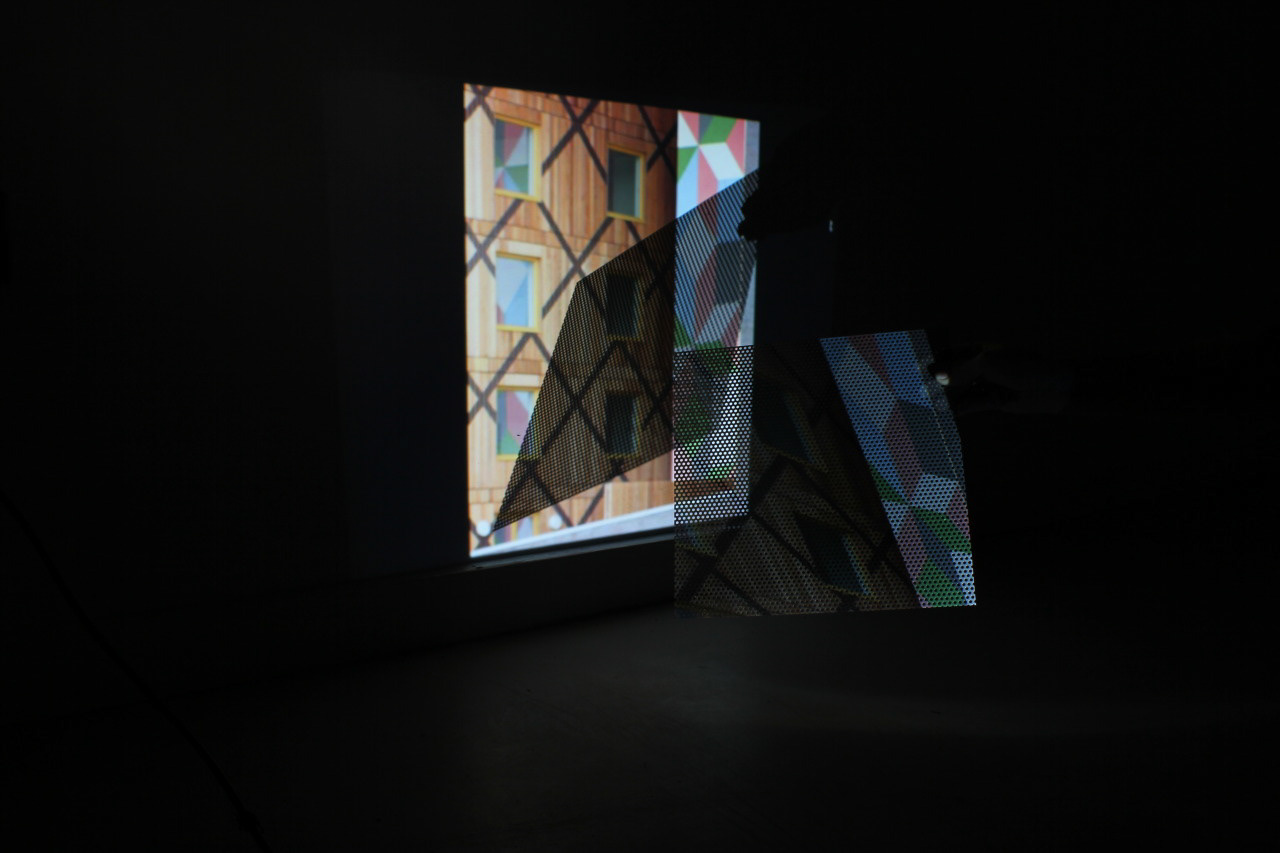